Work Hard and Carry On 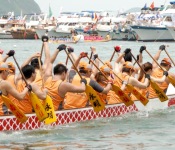 Last year I was invited to speak to a group of business students at a university outside of Shanghai.  After a brief presentation about the work that I do in China, the class took turns asking me questions about business and entrepreneurship in general.

One of the students approached the microphone and asked “you’ve done a lot and accomplished a lot, what advice would you have for someone that also aspires to accomplish great things?”

Composing my thoughts for a moment, I explained to the student that there was nothing inherently special about me; I’m not blessed with superhuman abilities nor smashing good looks (see my profile or Instagram photos for more details about the latter) but what I have and continue to be willing to do is work hard.  Working hard, I went on to explain, is the great equalizer. That’s not to say that I advocate everyone become a workaholic (though I do tend to gravitate in the direction, if we’re being honest), but rather be willing to do something and stick it out, because, like so many stories tell us, rewards come to those that persevere. My father, generator of more than his fair share of nuggets of wisdom, once advised me, as I was recruiting for project managers, that “Any idiot can make a schedule or a pretty chart.  Wait till the poo hits the fan, then you’ll find out who the good project managers are”.  As with most of his advice this adage has proved correct many times over throughout my career.

More than a few people that I have had the pleasure of meeting over the past few years have told me that they envy my life; the near-constant travel, always finding myself in new cities and nations. I tell them all the same story. The parts that you see, the ones that I post photos or status updates or tweets about, those are the highlights.  The other eighty or ninety percent of the time is spent running the hard yards, as my Kiwi colleagues like to say.  Rarely would I post about the fifth hour of reworking a prototype or those nights spent sleeping in some random airport on the way from factory to client. Just last night I had a video call with my wife, who commented that I looked “absolutely wrecked”; suffice it to say I skipped the opportunity to photograph myself in such a state. Ask me how glamorous I feel at moments like those and you’re likely to get a very different story than what I might tell you after a good night of sleep, presenting to a class of business students.  Don’t get me wrong, I love my life, I love my job, I enjoy the traveling and the excitement of being in new countries and cities. In a world of different cultures I enjoy immersing myself and truly get excited about the challenge of getting things done “on the ground”. 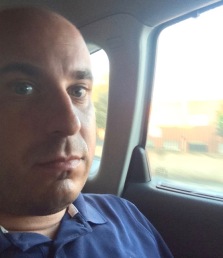 Finally in a cab to the hotel after waiting six hours for a flight that never took off. (This was the day the Rome international terminal burned down) #livingthedream

But make no mistake about it.  The part you see, the life and work that I might take a photo of, post about, or put into a powerpoint slide is just part of the story. I would go so far as to say that most successful people have the same experience; endless hard work that results in a life and business that from the outside looks easy and even enviable.

Later during that same Q&A session another student asked what other ways I might suggest to be successful. I added a few details to my opinions about hard work; how important it is to work at something for which you have a passion, that success doesn’t come overnight, and that you have to be doing something you love, sometimes for years, before that hard work pays off; on those long nights and hard yards it’s your passion that carries you through when your energy runs out.  Always remember, I told them, that success stories are all told from the perspective of those that are already successful; the journey to get there is rarely, if ever, straight, fast, or easy.  My interlocutor looked unimpressed.  She clarified.  “But, what if we don’t want to work that hard? What other ways might we find success?”  My brain swam a bit to find something that would bring success easily and without much effort.  I may have even laughed a little subconsciously.  I said “you know, I don’t think there is anything, at least not in my world, that I can think of, that brings success without effort”.  I told her that if she did find such a thing, to please share it with me.  In the months following I continued to think about this question and remain convinced, success in anything comes from passion and hard work.

Like Loading...
Read more from Sourcing Basics
China, people, shortcut, work
← Impossible is Nothing!
Your First Trip to China →